It's time to continue the series on Celebrities and our gluten free community fascination with whether they share our dietary struggles by being celiac or gluten intolerant or are gluten free by choice.This is an in-depth look at the growing number of gluten free celebrities, as the diagnosis rates climb, there are more of them coming out of the gluten free closet with regularity. Recently an article claimed there must be a celebrity Celiac epidemic and in fact, there were so many new ones that our list got quite long.

The previous posts in the Gluten Free Celebrity Series have covered Athletes with celiac disease and gluten intolerance and Actors/Actresses & Singers with celiac disease. This post will be handling the large number of Actors/Actresses that have gluten allergy, sensitivity, intolerance, or are gluten free out of choice. This includes some who have just been seen ordering gluten free or it may have been due to pure speculation on the rumour mill.

Remember that within each post are links which tell you who they are, what they have been in, and where we got the gluten free information from:

Oprah followed a strict diet during a “21-day “cleanse” in which she gave up, among other foods, gluten. Victoria Beckham, the former Spice Girl and fashion maven, is allergic to dairy and has reportedly been seen eating gluten-free toast and admits an addiction to gluten free chocolate. Jessica Alba, actress has been spotted dining GF- Even Jennifer Aniston owes her slim waistline to the “Baby-Food Diet,” the short-lived weight-loss plan consisting of small jars of pureed, gluten-free vegetables and fruits. But because the Hollywood diets were sweeping the nation as a way to lose weight, this has brought on a whole bunch of articles which cause alarm and demonize the diet nutritionally.

Dana Delany of television’s Body of Proof declared that since she quit eating gluten products, she feels less “bloated and sluggish.” The former Desperate Housewives star, who was diagnosed as gluten-intolerant, told Prevention that she also skips meat, opting instead for fish, tofu and veggies. And Madonna served gluten-free brownies at her 52nd birthday bash.  Al Roker says he loves Udi's GF Bread too! And when Gwyneth Paltrow wrote a blog (www.GOOP.com ) with recipes and has a 7 day GF diet cleanse posted on her website the Celiac Chicks (www.celiacchicks.com ) raved over it while others frowned with worry that it minimizes their plight.

I mean for goodness sakes! Eeeeven the Old Spice Guy is going gluten free! “Isaiah Mustafa — the hunk best known as “Old Spice guy” — credits a vegan, gluten-free cleanse for helping him maintain those washboard abs.” GFPDX  Just a few days ago, Mustafa appeared on the Tonight Show and shared his special diet with Jay Leno. “I’m lucky to workout with Tony Horton of P90x fame,” said Isaiah. “He’s got me on this diet right now that’s absolutely ridiculous. There are 5 things you can’t do: There’s no alcohol; no caffeine; no processed sugars; nothing with a face — no animals or animal byproducts; but here’s the tough one: no gluten.”Gluten Free Celiac Web 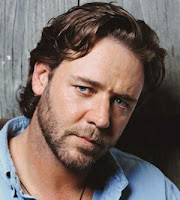 Rachel Weisz - After winning an Oscar in '06 for her role in The Constant Gardner, Rachel Weisz wasn't snacking on those puff pastries at the Vanity Fair after party.  A BBC article recently mentioned that Weisz is wheat intolerant.

Laura Bell Bundy, (Singer and Actress – Drop On By, I’m No Good For Ya, Hairspray) “Well as I read these books, the light went off! … I had quite a lot of the symptoms associated with this “wheat/gluten” issue— trouble losing weight, bloating, gas, water retention, joint pain, arthritis, constipation, Irritable bowel syndrome, acid reflux palpitations, eczema, tiredness and lethargy (see complete list below). So I decided that I would go get checked for a Wheat allergy. Low and behold, I was actually allergic—not just intolerant.” Fit Perez 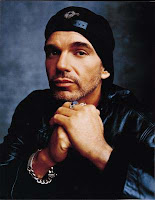 Billy Bob Thornton (Actor & Singer – Armageddon , Bad Santa) Whether you know him as Angelina Jolie's ex or the guy in Sling Blade, you might be surprised by the fact that he is gluten intolerant.

Zooey Deschanel (Actress- Elf) once guested on Bravo’s Top Chef Masters, demanding that contestants concoct a vegan gourmet meal for her that was also gluten-free and soy-free. Zooey has since given up the vegan lifestyle, but remains true to gluten-free living, given that she is allergic to the wheat protein. Her strategy for maintaining the gluten free lifestyle according to an interview conducted by Time Out New York? She tells herself it isn't good for her anyway.

Scarlett Johansson said in an interview that she has a wheat allergy, referring to working in a wheat field.” My favorite under-the-radar spot is probably, I would say, Babycakes Bakery after midnight. They're not open, but I actually recently met the night-shift baker, so you might find me in Babycakes Bakery eating gluten-free cupcakes at 3 am.” She said in an interview with Stylelist.com 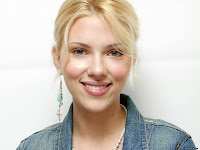 The celebrities and the rich & famous, all go to  BabyCakes, which has branches in Los Angeles, New York and Orlando, and specializes in baked goods that are free of refined sugar, gluten, casein, soy, wheat and animal products such as eggs and milk.

Jesse James the Ex hubby of Sandra Bullock also leads a gluten-free diet and won a challenge on Celebrity Apprentice with GF pasta and turkey meatballs.

Jim Carrey(Actor- SNL,  Ace Ventura, Cable Guy) According to him, his childlike attitude coupled with a "veggies and protein" diet is what keeps him healthy and young. "No wheat, no dairy for me. I go crazy once in a while and have a pizza... but I do believe that the best fuel for humans is  veggies and protein. It makes you feel great," (Contactmusic .com) This might have to do with his girlfriend, who has an autistic son and is on a gluten free diet, but fabulous all the same. 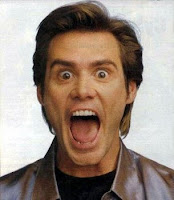 Josh Turner, the Country Singer admitted during an appearance on MARTHA, that he was cooking. "Martha invited me to help her out with a macaroni and cheese dish,” says Turner. “It was not part of my exciting gluten-free, dairy-free diet I’m on (due to allergies), but man was it good. We might be cooking together again soon. She said she'd like for me to show her how to cook venison." 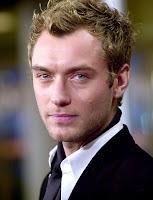 Jessica Simpson (Actress/Singer) and Cat Deeley have both cut wheat and gluten out of their diets.

Mariel Hemingway( Actress/Model/Author) - "Foods you can't pronounce are probably noisy," she said. "Noisy foods cause chemical imbalances. Stick to simple, clean food and eat organic as much as possible." All of the recipes in Hemingway's cookbook, "Mariel's Kitchen: Simple Ingredients for a Delicious and Satisfying Life," are gluten free. Hemingway went on to encourage women to take better care of themselves. She writes books about life, yoga, nutrition and well-being including the cookbook.

Terence Stamp (Actor in Star Wars Episode 1 and Jor-El in Superman, now the author of gluten free cookbooks, “The Stamp Collection Cookbook” and  “The Wheat Free and Dairy Free Cookbook” ) He adds to his list of businesses, Booja-Booja, Plamils and the Stamp Collection, which were founded by the actor - all sell dairy-free chocolates.

Selma Blair (Actress) The star, known for her roles in “Legally Blonde” and the recent television series “Kath & Kim,” referenced her gluten-free diet during a recent interview with Celebrity Baby Scoop. “I eat pancakes all day," she said. "I don't eat gluten, so I eat gluten-free pancakes.”

Scott Michael Foster (Actor) of ABC Family’s “Greek,” told People he is allergic to gluten and has cut wheat and flour out of his diet.

Deborah Ann Woll (Actress, currently on True Blood) noted that she has celiac disease in an interview with ContactMusic.com.

Aarti Sequeira (Food Network Star) – “But on the inside, I suspect he’s(gluten) poisoning me, causing my skin to break out on my face, and to itch somethin’ awful on my legs (psoriasis). He also gives me some really awful heartburn. I know a number of people who’ve kicked gluten because it causes painful stomach aches, not to mention people who suffer from celiac disease. Luckily, I don’t have it that bad. And while I’m not seeing immediate results, Bren has encouraged me to give this a go for at least a month, to let the break-up takes its full effect.” Aarti’s Blog 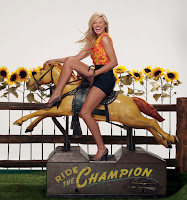 Dean McDermott (Actor) best known for the reality show “Tori and Dean” which documents his marriage to Tori Spelling, tweeted in December 2009 that he has celiac disease.

Geri Halliwell (Singer) and former Spice Girl “suffers from gluten intolerance” as reported by Nutrition News but I think she’d agree that it isn’t suffering to go gluten free. 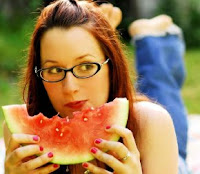 Ingrid Michaelson (Singer) “The Way I Am,” “Be OK,” “Maybe,” “Breakable,” and “Keep Breathing” have built a devoted following of mostly teen and college-aged women and have been  a repertoire of  music for TV shows like “Grey’s Anatomy”. Posted on Celiac.com forum - “I follow Ingrid Michaelson's Twitter, and the other day she posted, "Why does everything delicious have to have gluten in it." I assume she must have Celiac.”

Sarah Joy Brown (Actress on The Bold and the Beautiful, Castle, and General Hospital) “we all know that Sarah Joy Brown is a big champion for the Gluten-free movement. Her friend, Bergen Williams, has made a cookie (gluten free of course) and  named it after her! Bergen runs EatMe Cookies, specializing in Vegan and Gluten free varieties. If you don't recognize the name “Bergen Williams" --she's Big Alice on GH!!” as reported by Wub Tub Blog

Ryan Phillipe (Actor & Ex of Reese Witherspoon) “He has talked about having difficulty digesting wheat.” According to Gluten Free In Georgia

Dannii Minogue (Actress XFiles and Younger sister to Kylie Minogue the singer) “I eat little and often. Wheat and gluten-free crackers with avocado is a favourite.” Reported by Angela Sky

Robin McGraw (Dr. Phil’s Wife is an author, speaker, and has a beauty product line) There have been reports that Robin eats gluten free

Jenny McCarthy claimed the gluten free diet lessened her son’s autism symptoms, despite years of lacking evidence , controversial media coverage, and no clinical support. Autism has now been linked to celiac disease and other common digestive auto-immune disorders. As has: depression, osteoporosis, type 1 Diabetes, and on, and on…

Add comment
Load more...
Newer Post Older Post Home
Subscribe to: Post Comments (Atom)
*Information on our site and shared by members of our support forums is not intended to be medical advice or to replace the relationship between a patient and his/her physician*

If you are new to our site, we are glad to share with you.
If you have been here before, welcome back! 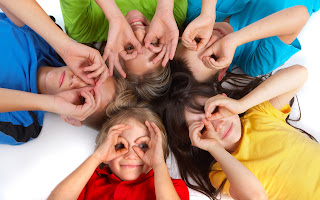 Keep your eyes peeled, because each and every section of the Gluten Free Kids ROCK website is under construction occasionally, changing with the times just like you do.
Be extra sure to check out our Event section so you don't miss the upcoming meetings 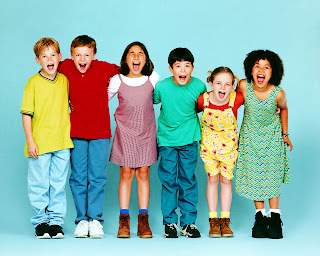 "A positive attitude, 100% of the time, helps you create and live a gluten free lifestyle that will help you and your family stay healthier."
NFCA